Beacon Hill and it's Environs 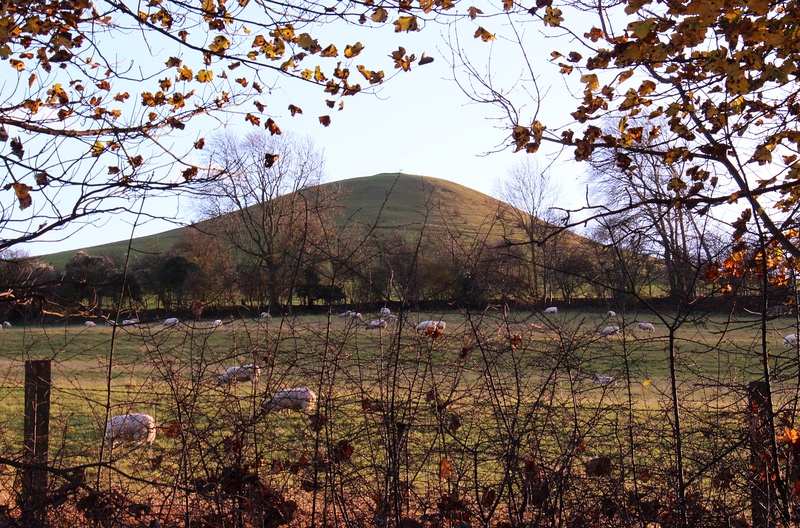 Beacon Hill near Kimble, Buckinghamshire has long been a place of interest for me. On the edge of the Chequers estate, skirted by the ancient Ridgeway, it is surrounded by sites and monuments from the more recent past, as well as those that predate history.

Chequers has been a Prime Ministerial retreat since 1921, but the house has a long history. Lady Mary Grey (sister of Lady Jane Grey) spent two years under house arrest here at the the behest of Elizabeth I. Later the house fell into the hands of Oliver Cromwell’s grandson, John Russell. The house is said to contain a large collection of Cromwellian memorabilia, but what this might consist of I do not know.

From the top of Beacon Hill Chequers is not visible, but in the opposite direction it offers views across the Vale of Aylesbury and deep into Oxfordshire. Observed from different angles and locations it takes on radically different shapes and sizes, some are quite striking and can be seen from various locations across the vale.

Viewed up close from the nearby village of Ellesborough (as above) it appears as a gentle rolling mound, but viewed across the fields from the Lower Icknield Way (as below) it looks like a miniature Table Mountain, flat topped and imposing with almost symmetrical sloping escarpments. 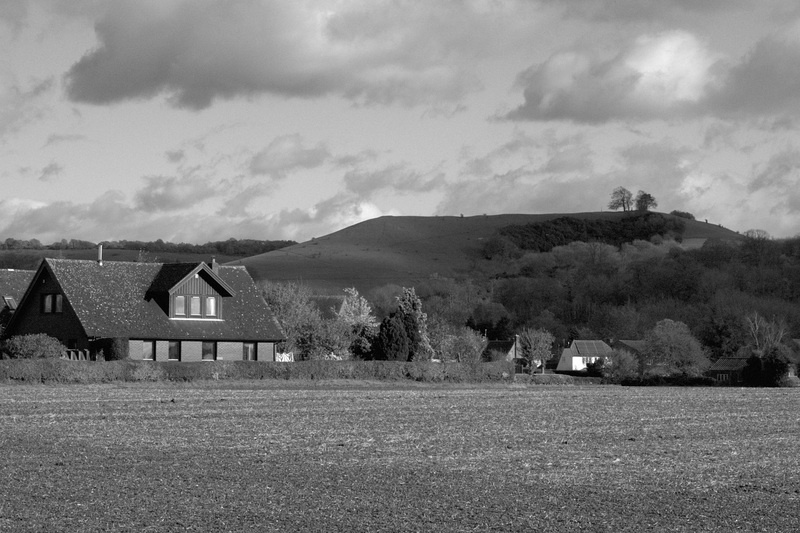 This whole area of the Chilterns must have had special significance to the ancients as it is littered with Iron Age, Bronze Age and Neolithic remains. It’s proximity to the start of the Ridgeway at nearby Ivinghoe Beacon is surely no coincidence to this. In fact Beacon Hill itself has a number of it’s own points of interest, unfortunately there seems to be a lot of confusion about which is which, but I have done my best to try and make sense of it.

A bowl barrow on the brow of Beacon Hill gazes across the vale. An excavation of the barrow in 1855-6 unearthed fragments of a ceramic urn, charcoal, bone and a horse’s tooth. To my mind who ever was buried in this commanding place must have been pretty special, not everyone gets a spot like this to spend eternity. 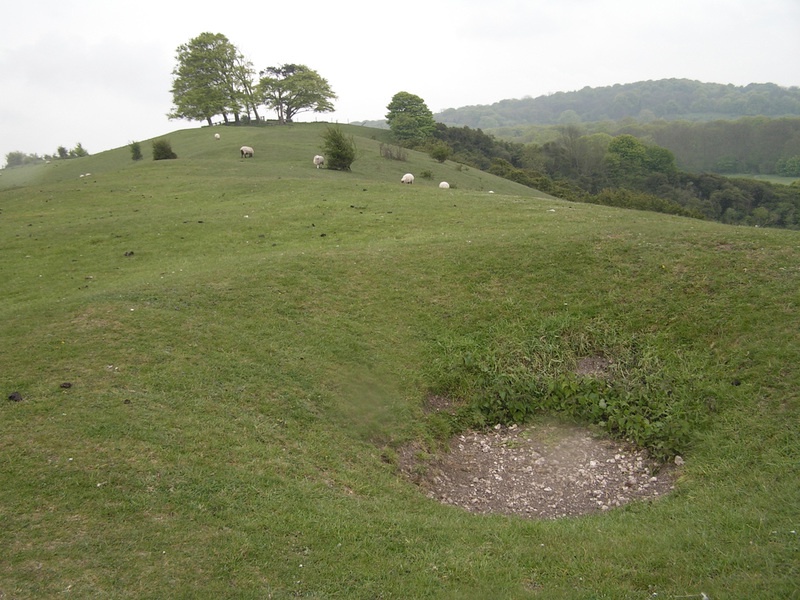 Earthworks can be seen around the hill, many of them cross dykes and the wider area contains many more barrows, hill forts (notably Pulpit Hill) and the Whiteleaf Cross, which may (or may not) have prehistoric origins. 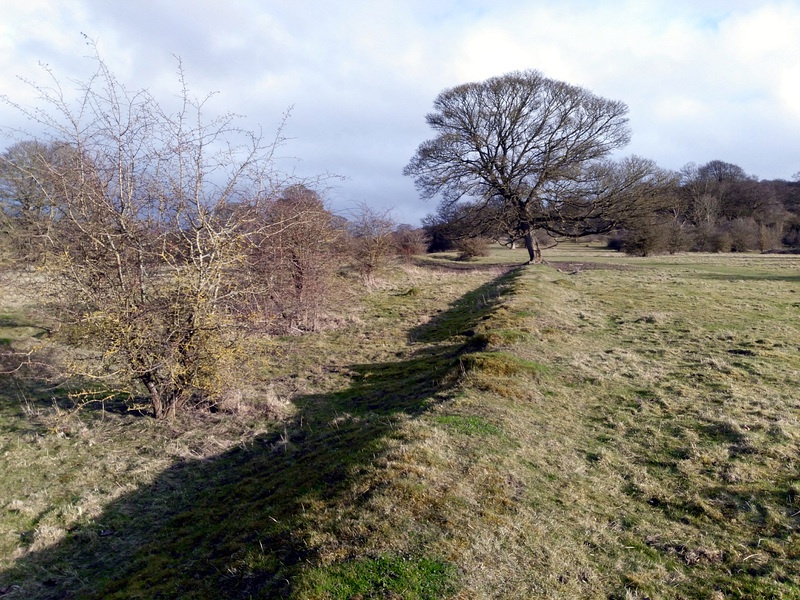 At the foot of the hill a large flat area of land is said to be the site of Cymbeline’s Castle. Shakespeare’s Cymbeline was inspired by the ancient king Cunobeline, described by Suetonius as Britannorum Rex, King of the Britons. The name Kimble is said to have derived from Cunobeline but the association is probably apocryphal. There once was a motte-and-bailey castle on the site and evidence of an Iron Age presence has been unearthed. 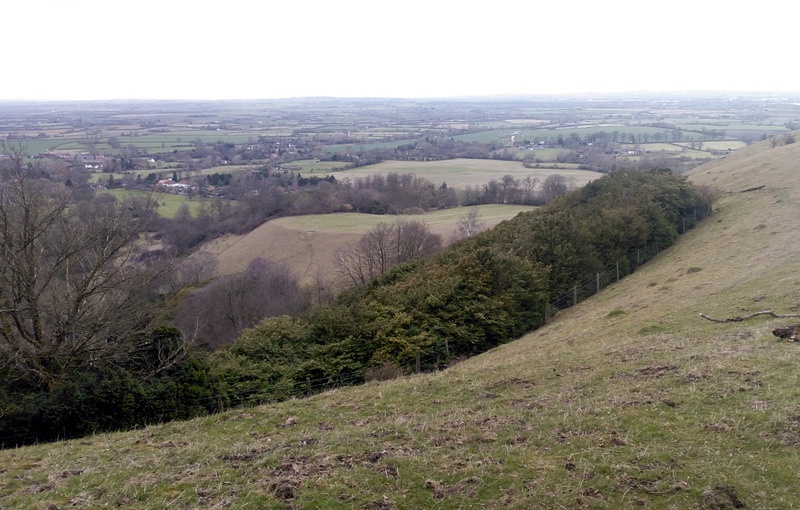 In real life Cunobeline and his kin played a significant role in the Roman invasion of Britain. As king of the Catuvellauni, his tribe led the resistance to Julius Caesar’s first expedition to Britain in 54 BC, but Cunobeline himself appears to have been something of a collaborator and evidence suggests he had strong links to Rome. These were eventually the undoing of his people. Shortly before his death he exiled his son Adminius who took refuge with the Emperor Caligula. Caligula is said to have seen this as an act of  submission to Rome and used it as pretext for his aborted invasion.

Following the death of Cunobeline, another of his sons, Caratacus overthrew the neighboring King Verica of the Atrebates, a client of the Roman Empire. This time it was Claudius who was inspired to invade Britain and of course managed to achieve his ambitions.

Caratacus was vehemently anti-Rome and led a ten year guerrilla campaign against the occupiers. He was ultimately captured, but spared from execution by Claudius following an eloquent speech to the Senate. He seems to have lived out his days in Rome, exiled from his people and marvelling at the achievements of the Empire. “And can you, then, who have got such possessions and so many of them, covet our poor tents?” Cassius Dio quotes him as saying. 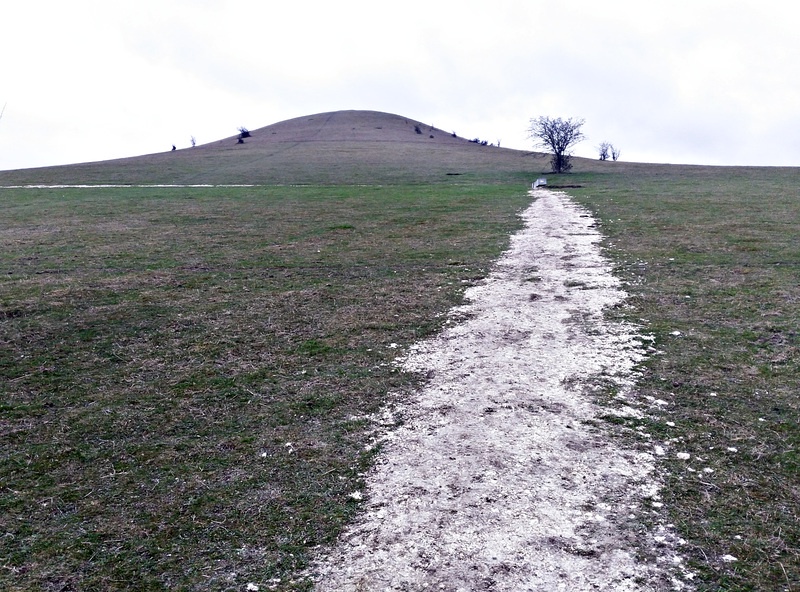 Despite the mythos around Caratacus and his deeds, I like to think of him and his people up on Beacon Hill two thousand years ago, but who ever lived there they undoubtedly knew of his exploits and his struggle against Rome.