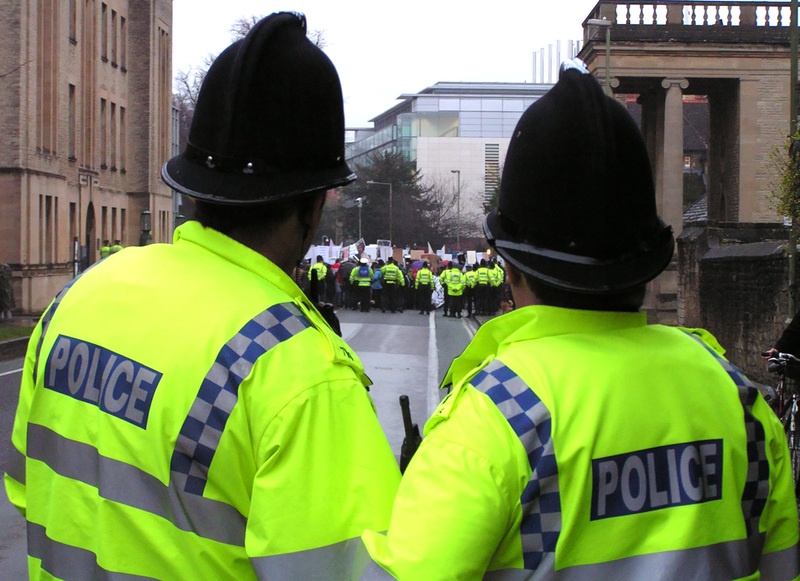 Walking into Oxford city centre in January 2006 I began to notice a heavy police presence, roads had been closed and traffic diverted. Unsure what was going on I continued into town and soon realised that there was a demonstration organised by the animal rights group SPEAK about to begin. Intrigued by the situation, I had my camera in my bag and so decided to press on and see what was happening.

SPEAK was formed out of the Stop Primate Experimentation at Cambridge (SPEAC) campaign that had helped to put a stop to what would have been the largest primate testing centre in Europe in 2004. Once activists learned of a newly proposed animal lab at Oxford they began their campaign anew. 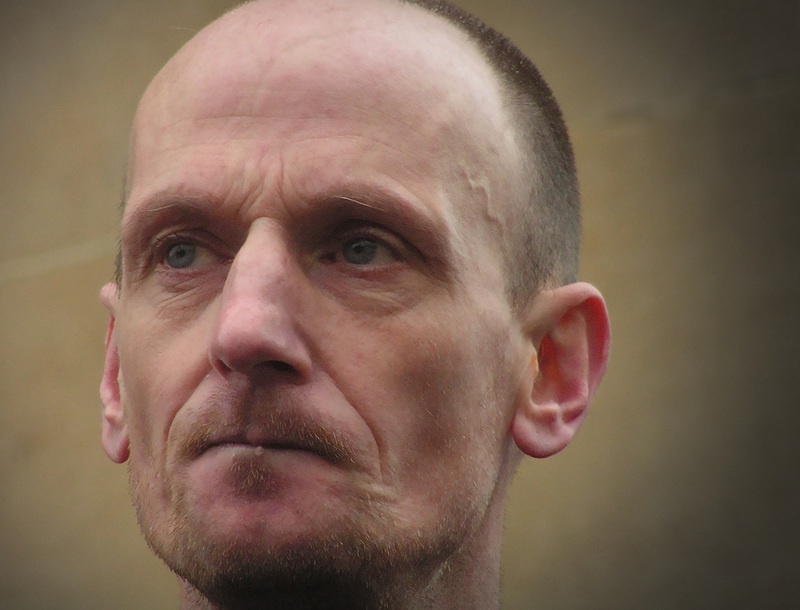 The figurehead of SPEAK was Mel Broughton, a long time activist who has been involved in animal rights since he was 15. His activities have lead to him being jailed several times.

In 1999 he was sentenced to four years for conspiracy to cause an explosion likely to endanger life. In 2007 he was charged with conspiracy to blackmail and possession of incendiary devices following a fire at Queen’s College, Oxford. This ultimately resulted in a sentence of ten years.

Evidence was submitted during Broughton’s trial of a recording in which Oxford police discussed a “dirty war” against him, and how they were going to “get him.” Broughton told the court that he was constantly watched, filmed and followed by police and their actions made him completely paranoid.

The atmsophere at SPEAK demonstrations was always notably tense and on this occaision Broughton gave a rallying speech to a highly charged crowd:

“The time has come for fighting, not talking. If we need to, we have got to tear that place down with our bare hands. “ 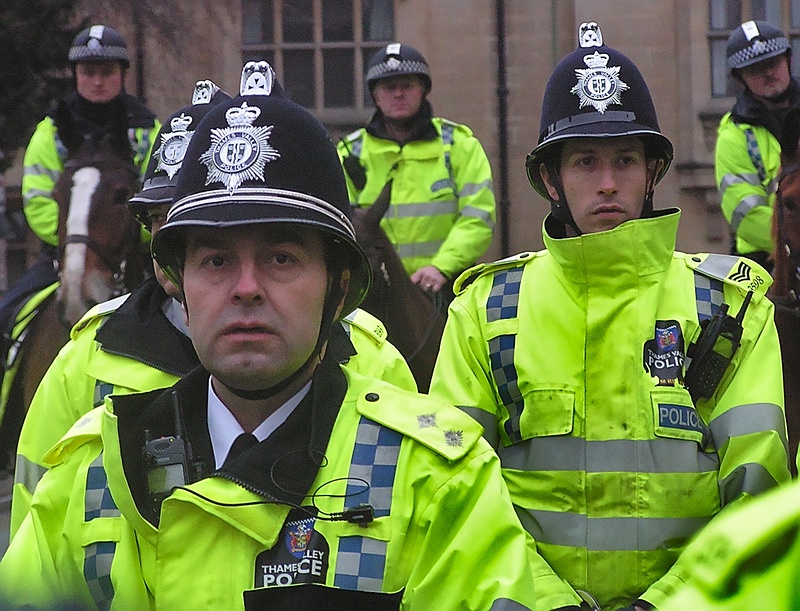 The police were not playing it softly softly and trouble broke out as they attempted block the protester’s way. Five people were arrested after fences were pushed down and missiles thrown. Some officers appeared to have removed their identifying numbers from their shoulders. 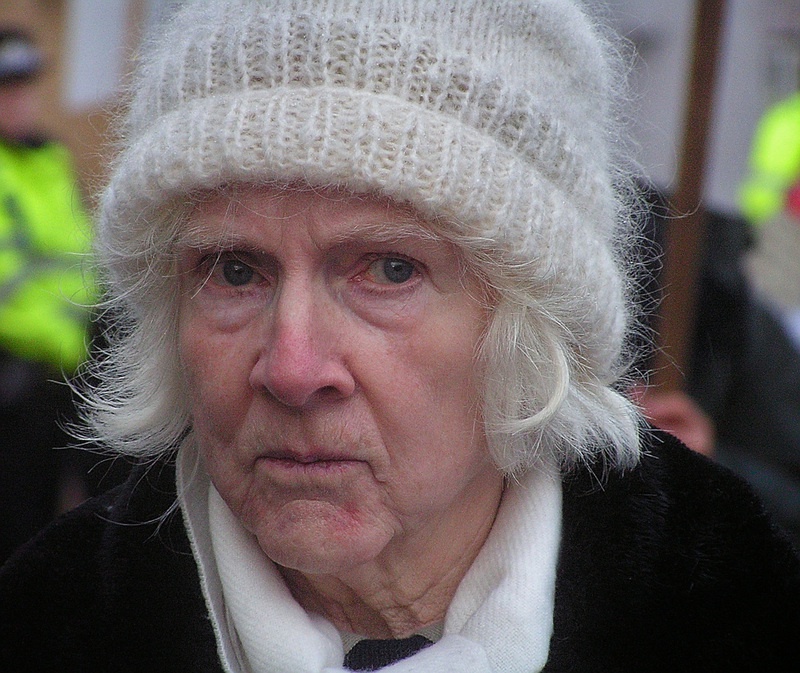 Never-the-less the SPEAK protesters were a broad coalition of people, from young and old to the conventional and less so, they were all quite happy for me to wander around in the middle of their protest with my camera taking pictures. 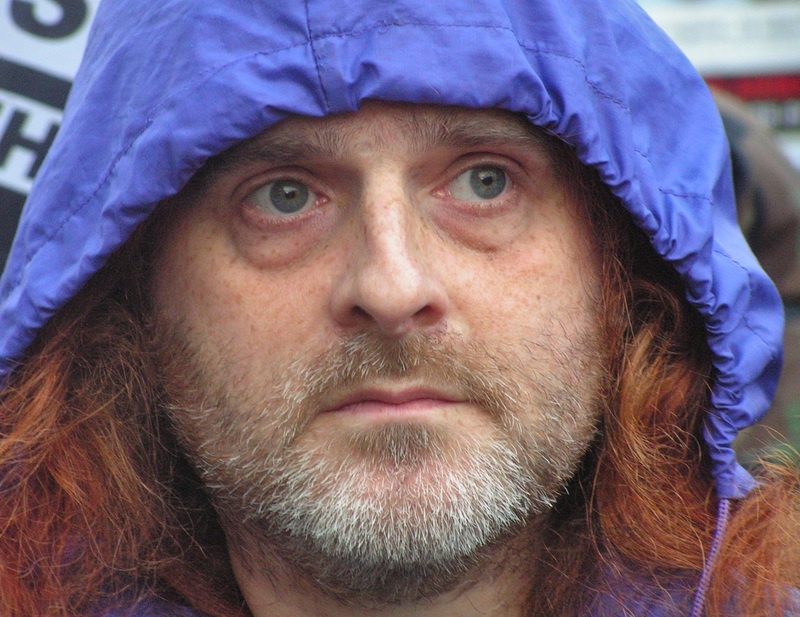 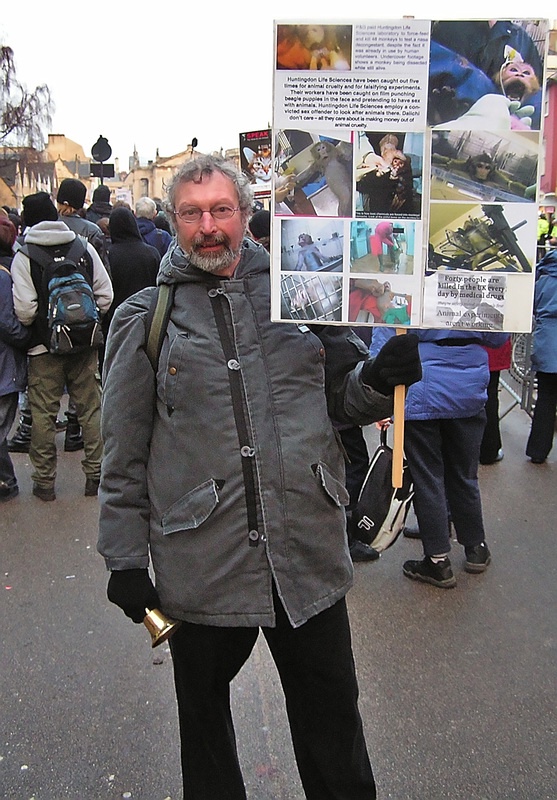 This was the first of several SPEAK protests I attended in 2006 that ultimately set me on the path of documenting protests for many years to come. Have a look at my ipernity album for more images of the day.