I spent the end of October in Mexico City for Founder Summit, and it was a really wonderful experience. Between the people I met — other founders, developers, salespeople, etc. all building companies — and the conversations I had, I was actually excited to get home just to start putting new things in motion. Here are some of my takeaways from the experience.

Boarding my plane at 7am on the 21st, I was a little nervous. Maybe unsettled? I’ve been out of the country many times, but it’s been two years since my last trip, and maybe I felt out of practice. Maybe this was the usual nervous excitement I used to get before going somewhere completely new. I couldn’t really tell, but I just told myself the feeling would fade once I got there.

Soon after I landed, it indeed faded. I went through customs, walked to the nearest subway station outside the airport, bought a $5 MXN ticket, and then changed my mind and decided to walk to the next subway stop.

As I walked, I looked around at the buildings, the fence around the airport, other pedestrians all wearing masks, the 6-lane highway I crossed via bridge. Not yet adjusted to the altitude, I got winded easily, climbing stairs with my heavy backpack on. Checking Google Maps for the last time, memorizing my intended direction and destination, I got to my subway station and navigated to the right platform (after I Google Translated some of the Spanish I was seeing around me).

The first day I was there, I did what I usually do in a new country: felt it out. I walked around, past all the wonderful smells from vendors selling food on the street. I watched how other people walked past each other; whether they waited for the signal before crossing the road at a light. I was happy to pick up the locals’ jaywalking habits myself.

I dropped off my bag and strolled over to El Ángel on Paseo de la Reforma, getting flashbacks to Madrid, and their similar-looking boulevards. 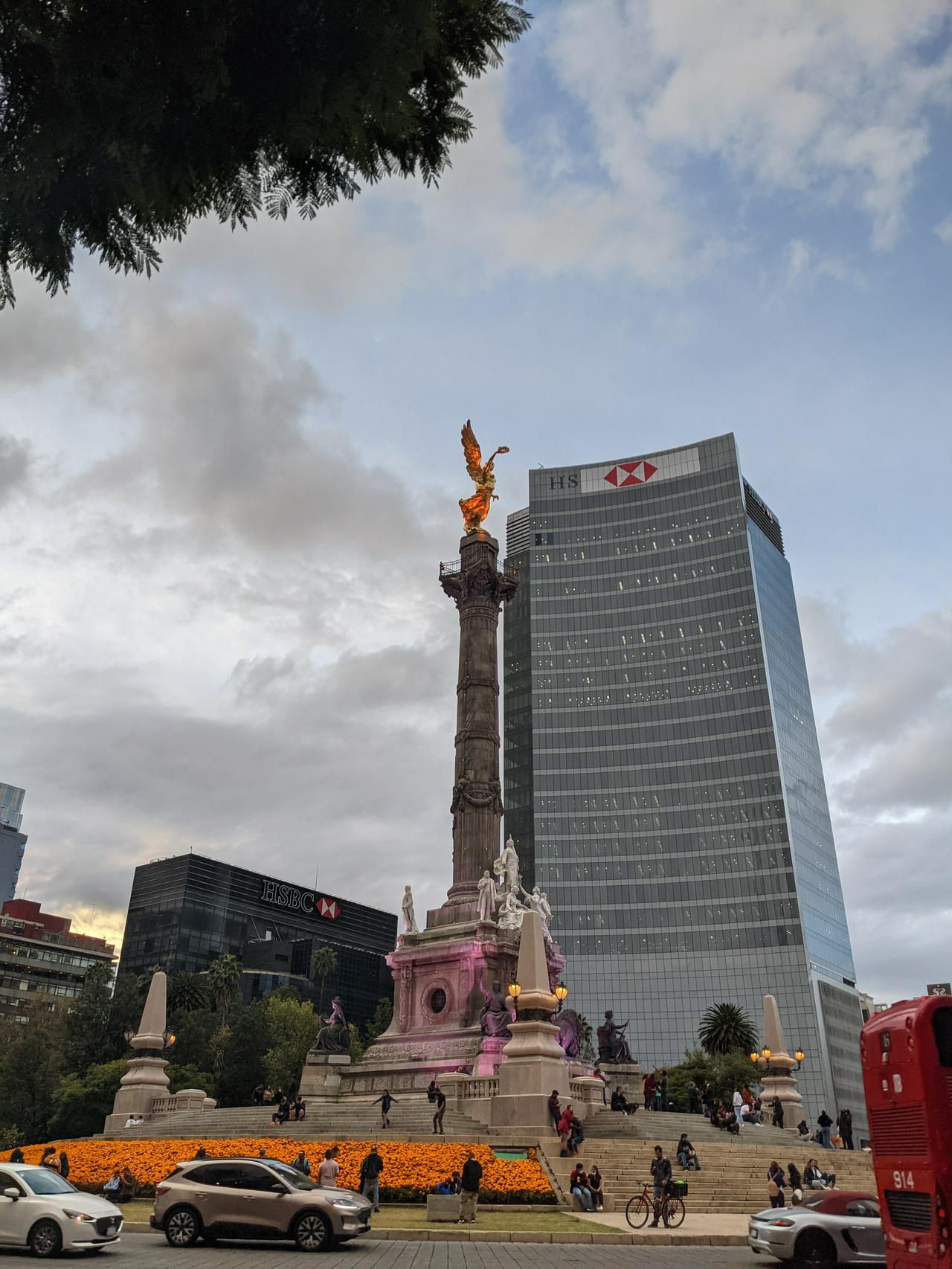 By the next day, I was totally comfortable. I had a light breakfast at a café and eked out the best Spanish I could. I took the subway to the historical center, visited the museum of anthropology. It didn’t take long for it all to come back, how comfortable I am out in the world. It put the travel bug back in me.

This conference had been coordinated ahead of time mostly via Slack, and I hadn’t really taken advantage of it until I got to Mexico City. But I put out an invitation for anyone to join me at a jazz club one night before everything started, and ended up going there with a fellow attendee after we met another one for dinner. Other nights, we coordinated meals for whoever was interested. Over the next few days, I met many friendly, open people from this community who I could relate to — exactly what I’ve been looking for lately.

One common theme in the conversations I had was about the people we normally had around us in life. I talked about how I didn’t know many entrepreneurs at home, at a similar stage of business; but here, almost everyone at least had something up and running, or a clear path toward it. It was eye-opening to be around people who simply got it.

Throughout it all, I realized I’ve been struggling more than I need to, taking the lonely road from my solitary home office. I try to tell friends about my business, but we don’t go too deep into it; I talk to my family about it, and one parent listens while the other still asks if it’s time to get a “normal” job again.

So it was a revelation to finally meet what felt like a “tribe” I could relate to, not from geography or familial connection, but from our shared passions and pastimes — something so enabled by our internet age.

Different paths, but the same

What struck me the most over the first few days of the conference was that everyone was working toward the same sort of thing, each in their own way.

This being a conference for “calm” companies and bootstrappers, there wasn’t a single prescription to get wherever we were headed — and that was incredibly comforting to me. There were people in the same room with not only different levels of success, but different definitions of what “success” was. For me, I was happy to talk about profitability at $5K MRR. Others were still striving for growth at $20K. Others had delegated most of their work, so they had time for other projects they enjoyed.

Having no one true path like “build product, raise money, grow, exit” means that there’s really no wrong path to getting where you’re going. Everyone’s individual path might hold a piece that could be useful for someone else’s. Everyone is chasing their personal reason for doing it in the first place.

This gradually hit me, and it was very, very freeing. It reminded me to trust whatever I thought was right from my own experience, above all of the conventional wisdom and misaligned incentives out there. The true wisdom doesn’t come from the thought leaders and financiers of the world, but in other entrepreneurs building companies the same way.

This insight and other private conversations around mental health during the week made me realize I need to consciously address some things that I’ve really ignored or looked away from recently in my life.

In many ways, I’ve been following my long-held ambitions without much extra thought, getting up every day to do the work, even while serious events impacted my life. As some examples, early last year I lost a very close family member; two months ago I left a serious relationship. Yet I’ve continued on like nothing changed, feeling a duty to not let it all slow me down; using that as a reason to never be still and really look at what’s happened.

So I think I need to look deeply again, as I’ve often done in the past, to really confront these things I never expected to happen, accept them, and move forward without so much fear of looking at them.

To be sure, the majority of the conference involved just hanging out — which was amazing. After eight days of that, a new thought started bouncing around in my head: that I’m probably not actually the introvert I’ve always thought I was.

Sure, I need a break from some people sometimes; I sometimes need and usually enjoy alone time. But around the right people, I actually get more energy — when I used to think that they always just drain me.

Turns out, I think, it just depends on the crowd. Certain people and activities will drain my energy, and others build it up. Most of the people I met here did the latter.

I’ve come home with a very different mindset than I had going there.

I feel a little less rushed to get somewhere else, honestly. Even being profitable now, this feeling was creeping up on me, like I’m still not doing enough. While I’ve always acknowledged that this is a long adventure I need to settle into, I don’t think I’ve understood what that means on a deep level. Now I feel like I do — like I’ve deeply felt it — and that feels very good. Plus, I made some great new friends. I’ll very much look forward to the next one. 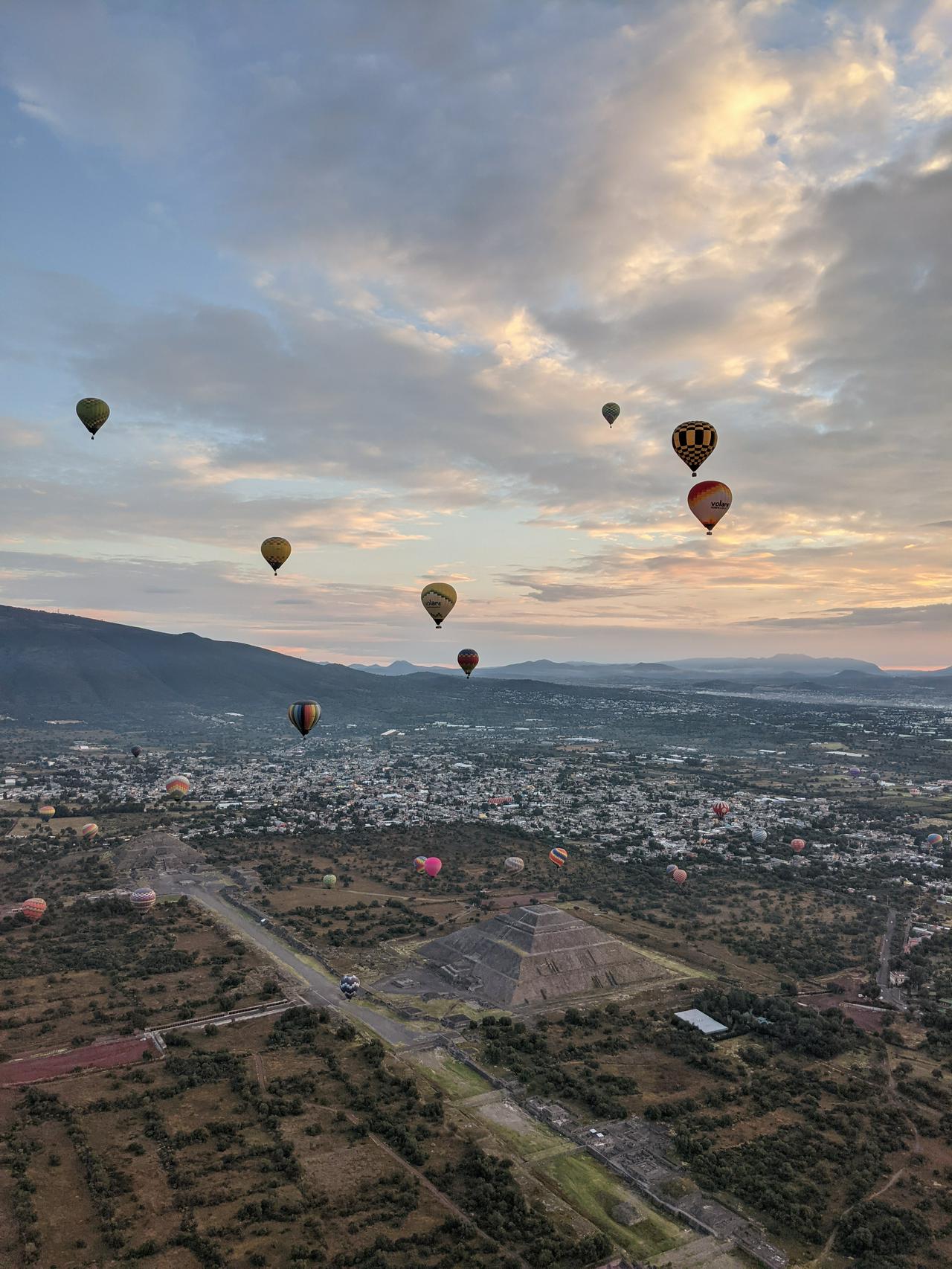 (A pre-conference hot air balloon ride with others over Teotihuacán.)